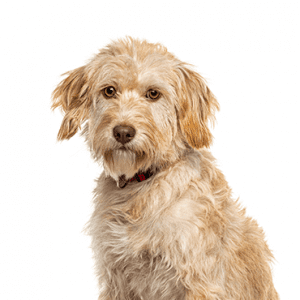 Having a Labradoodle is one of the best things that can happen to any dog owner; as this cute and lovable species of dogs are loved and adored by dog lovers in Australia and the world as a whole, for their loyalty, hypoallergenic features, and vibrant energy. Discover more about our Labradoodle puppies for sale below!

The World’s First Labradoodle was created in 1989 by a man named Wally Conron who worked at the Royal Guide Dogs Association of Australia. He had received a request from a blind woman in Hawaii whose husband was allergic to longhaired dogs. This breed has since gained worldwide popularity and remains a very sought-after breed today. This breed is the perfect mix between a Poodle and Labrador Retriever.

This Labradoodle is known for having a very loving, caring, and pleasant personality. They are very smart dogs and eager to be a part of your family. They also tend to be very social and interact well children and other pets in the home. They are not aggressive dogs and have very warm and approachable demeanors. They make marvelous family pets and are known to quickly bond.

Labradoodles do not shed heavy and do not require excessive brushing. Most do well with standard grooming every six to eight weeks. Depending on the dog’s activity level, a weekly to bi-weekly bath is suggested. Making sure your Labradoodle is properly groomed will allow him to look and feel his best.

Labradoodles do best with a balance of meat-based protein and micronutrients, as well as healthy carbs and fats. This breed also tends to do well being fed twice a day with meals spaced apart every twelve hours. This will help to ensure the dog is provided with the proper nutrients he needs. It is also important that his teeth get cleaned a minimum of three times a week. Failing to keep his teeth clean can contribute to health issues. Although properly cleaning his teeth will take some practice to get good at, in time, this will become easier for you and your pup.

Fact: Labradoodles are a mix between a Poodle and Labrador Retriever.

Fact: This breed is considered a very smart dog who trains with ease.

Fact: Labradoodles have different coat types and are not known for heavy shedding.

Labradoodles are prone to health issues such as hip and elbow dysplasia, epilepsy, diabetes mellitus, ear infections, and hypothyroidism.

Although Labradoodles are known as non-shedders, there are some of them who still undergo shedding, most especially the Labradors with hair coats.

In feeding your labradoodle, you have to understand your Lab’s age, weight, and activity level; these factors will help you determine how much or how less you should feed your Lab. But, bear in mind that however you feed your Lab, be careful not to get your Lab bloated or underfed.

A Labradoodle has an average lifespan of 10-18 years.

Although some dogs’ breeders tend to breed Labradoodles for hunting; but they are most likely undermining and limiting the capacity of the breed, when it could be of better help in the law enforcement agencies, at the therapists and as a guide for people suffering from ear and eyes deficiencies.

Labs are social dogs and they need to be around people or other dogs most of the time, hence it might not be safe to be away from your Lab for too long, to avoid behavioral problems such as depression, frustration, and unhappiness.

Not at all. Both genders of Labs make awesome family pets. You can decide to either adopt or buy any gender of your choice

The cost of buying Labradoodle puppies varies, depending on where you are buying from. Contact us today to learn more about the cost and availability of our Labs

You can start training your Lab from the exact day you purchase/adopt your Lab.