We carry all of your favorite small animals from Rabbits, Guinea Pigs, Ferrets, Rats, Mice, and Hamsters. We have all your small cuddly animal needs covered. All of our pets are in an open-petter environment, so you can come down and socialize anytime you would like. So we look forward to seeing you soon.

Please call Petland Janesville as our inventory fluctuates on a weekly basis. 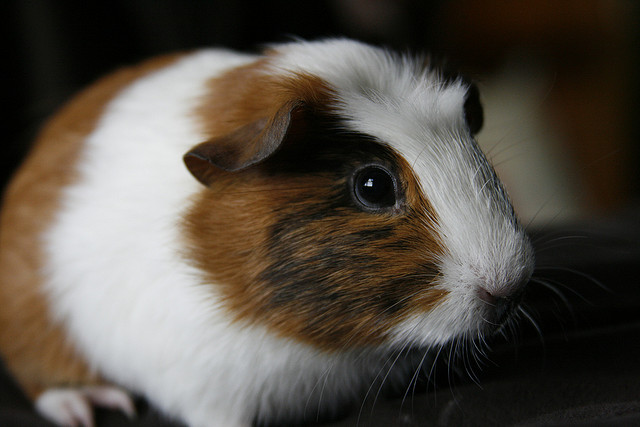 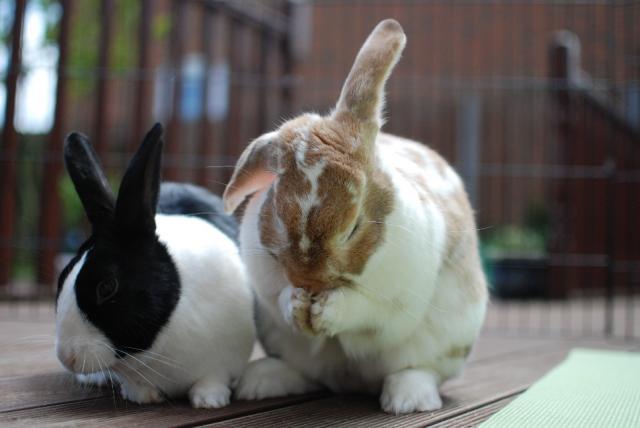 Petland Janesville carries all of your favorite small animals! From bunnies, guinea pigs, ferrets, and all different types of hamsters – we have all your small cuddly animal needs covered! All of our pets are in an open petter style environment so you can come down and socialize anytime you would like. We look forward to seeing you soon!

That's right, folks! We don't just have puppies and kittens! Petland Janesville is known for being full-service and focusing on all types of different animals, because everyone's preference is different! Small animals can be an easier starter pet for a young child or a great low-maintenance pet for a teacher and their classroom! We welcome all types of pet parents in our store, because it's clear that we all love animals, no matter what size or shape they come in! Our small animals come from caring breeders that are focused on raising the bar when it comes to animal care and husbandry.

Our small animals are also well-socialized while being in our store. Unlike other pet stores, our animals are accessible as long as they are handled with care and not behind glass enclosures where you can't pick one out based on personality. We encourage socialization because it makes our small animals better companions and our customers more informed pet parents before they take one of our little one home!

We also carry an array of small animal supplies so you can properly take care of your small animal. We have top-of-the-line cages and habitats for them to live in that are fun to look at and easy to clean. We also carry all the latest and greatest toys, treats and high-quality foods for all of our small animals so you can strengthen the bond between animal lover and pet. In short, we want to match the right pet with the right owner and meet the needs of both, that's the Petland Janesville mission!

Which small animal is right for you?

Hamsters are rodents that belong to the Crucetinae subfamily. They have quickly become the popular small house pet. Hamsters are more crepuscular than they are nocturnal. During the day they stay underground to avoid being eaten by predators. Hamsters are omnivores, which means they can digest plant foods along with smaller insects and animals. They live primarily on seeds, fruits, and vegetation, and the occasional insect.

Hamsters are hindgut fermenters and they eat their own waste to absorb nutrients that were digested. Their most popular characteristic is their elongated cheeks that go down to their shoulders, which they use to transport food back to their burrows. Hamsters are stout-bodied, with short tails and wide feet. They have silky fur which can be long or short depending on the breed; and comes in multiple colors like red, brown, black, white, yellow, grey, or a mix.

One of the most noticeable characteristics are their sharp teeth or incisors. They have an upper pair and a lower pair which continue to grow throughout their lifespan so remember to regularly give them the right toys to help keep them worn down.

Although they have amazing flexibility, their bones are fragile. Hamsters are easily exposed to extreme temperature changes and drafts, including extreme heat or cold. They also are nearsighted and/or colorblind. Hamsters use their sense of smell to locate food and potential mates. Hamsters are sensitive to high-pitched sounds and can communicate on an ultrasonic level.

The Guinea pig is a species of rodent belonging to the family Caviidae and the genus Cavia. Despite the common name, they are not in the pig family nor do they come from Guinea in Africa. Guinea pigs originated in the Andes of South America. In Western societies, the domestic guinea pig has risen to popularity as a household pet. A pocket pet of sorts. Introduced by European traders in the 16th century, their docile nature and even affectionate response to handling and feeding continue to make them a popular choice of pet.

If handled correctly while they're young, guinea pigs love being picked up and carried. They rarely bite or scratch. They are shy adventurers who often hesitate leaving their cage even when the opportunity presents itself. Even so, they're extremely curious about their environment when they are in a safe and familiar terrain. Guinea pigs that are familiar with their owner will whistle upon your arrival. They also learn to whistle in response to your refrigerator door opening or the rustle of a bag.

The guinea pig’s natural diet is grass; their teeth are particularly made for chewing plant matter. Their teeth also continue to grow throughout their lifespan. Most mammals that graze are large and have a long digestive tract; in this case, guinea pigs have longer colons than most rodents.

Guinea Pigs benefit from a diet of fresh grass hay like timothy hay, in addition to food pellets which are comprised of timothy hay. Alfalfa hay is a popular food choice and most guinea pigs will eat large amounts of it when offered. Be careful while feeding as excessive eating will lead to obesity and possibly other health problems. Healthy diets require a complex balance of calcium, magnesium, phosphorus, potassium, and hydrogen ions but also decent amounts of vitamins A, D, and E.

Rabbits are small mammals in the family Leporidae of the order Lagomorpha, found in several parts of the world. There are eight different genera in the family classified as rabbits, including the European rabbit (Oryctolagus cuniculus), cottontail rabbits (genus Sylvilagus; 13 species), and the Amami rabbit (Pentalagus furnessi, an endangered species in Amami Ōshima, Japan). There are many other species of rabbit, and these, along with pikas and hares, make up the order Lagomorpha. The male is called a buck and the female is a doe; a young rabbit is a kitten or kit.

Rabbit habitats include meadows, woods, forests, grasslands, deserts and wetlands. Rabbits live in groups, and the best known species, the European rabbit, lives in underground burrows, or rabbit holes. A group of burrows is called a warren.

More than half the world's rabbit population resides in North America. They are also native to southwestern Europe, Southeast Asia, Sumatra, some islands of Japan, and in parts of Africa and South America. (They are not naturally found in most of Eurasia, where a number of species of hares are present.) Rabbits first entered South America relatively recently, as part of the Great American Interchange. Much of the continent has just one species of rabbit, the tapeti, while most of South America's southern cone is without rabbits.

The ferret is the domesticated version of the European polecat. They typically have brown, black, white, or mixed fur. The grow on average to a length of 51cm (20 in) including a 5 inch tail. They weigh 1.5lbs to 4lbs and have natural lifespan of 7-10 years. The history of domesticated ferrets is still an unsolved mystery, like most domestic animals. It is likely that they have been this way for at least 2,500 years. They are still used for hunting purposes in some parts of the world but more popularly, have become house pets.

Ferrets have a long and slender body shape. Their pelage has various colors like brown, black, white, or mixed. They are incredibly long sleepers; sleeping 14-18 hours per day. With this sleep pattern they are more active around the hours of dawn and dusk. Unlike their ancestors who are solitary animals, ferrets will live a happy life when put with a group. A group of ferrets is commonly called a “business”. They are territorial and like to burrow. Knowing this, they like to sleep in enclosed areas.

Ferrets are hardcore carnivores. Their digestive system is largely unable to digest plant foods. The natural diet of their ancestors encompassed small prey animals. With a short digestive system and quick metabolism, Ferrets need to eat frequently. Dry foods that have almost entirely meat provide the highest nutrient for ferrets. Ferrets imprint on their food at a very young age, around six months. This makes introducing new food to an older ferret increasingly hard.

Why buy from us?

Our pet counselors are dedicated to matching the right pet with the right customer and meeting the needs of both. To our customers who already have pets we are dedicated to enhancing their knowledge and enjoyment of the human animal bond.

We also carry an array of small animal supplies so you can properly take care of your small animal. We have top-of-the-line cages and habitats for them to live in that are fun to look at and easy to clean. We also carry all the latest and greatest toys, treats and high-quality foods for all of our small animals so you can strengthen the bond between animal lover and pet. In short, we want to match the right pet with the right owner and meet the needs of both, that's the Petland mission!